Michel is the Angel of Death, feared and revered by all. Nobody dares cross his path – until he meets Vipa, a strong-willed huntress who will not take no for an answer. Forced into a deadly and reckless mission to destroy the forsaken god, Tragun, Michel must learn to get along with Vipa and her team: a vampire and a humanoid lizard. With Lady Luck fighting against them, will they accomplish the impossible? What secrets will they uncover along the way?

The masts were like twigs compared to the colossal tentacles. A dark red mass wrapped its suckers around them and snapped the man-made trees in two. Flames streaked through the night to assault the rubber limbs. Sailors rushed about the deck. Demons hacked away at the alien while mermen fired shotguns. The spread of buckshot ignited on impact, yet the limbs of the alien continued on with their delightful play, snatching up sailors and crushing prey.

During the madness, a man knocked over a lantern. Glass shattered upon the blood-soaked deck, the liquid unable to keep the hungry flames at bay. A dark-skinned man paused long enough to examine the flames. He ducked under a tentacle. A spray of blood splattered onto his white shirt and dark pants.

“Manil!” shouted the dark-skinned man. “Manil!” It was a losing battle. Shouted commands and the screams of the wounded overpowered him. Then he heard it. The sharp wail that any parent could identify.

The dark-skinned man darted forward. He knocked a merman out of the way. His panic-filled eyes scanned the slaughter on the floor. Next to the stump that had been the main mast lay a bundle of blankets. Flames danced on the crying blankets while a demon stumbled towards it.

Darting forward, the father dove for the ground. His arms wrapped around the bundle and yanked it to his chest. The demon boot stepped onto his back. Bones crunched, but adrenaline dulled the pain.

That same adrenaline gave the father the strength to shove the demon off. Staggering to his feet, he scanned the area. There was nowhere to run. Tentacles wrapped around two-thirds of the hundred-foot vessel. Fire had claimed the rest. Crew members and passengers tried their best to avoid both, but fate hated them.

Off the portside, the father spotted something. The crescent up in the night sky provided little light, but he swore he spotted a mass sticking out of the dark sea. Rationality told him it was impossible. Instinct smacked rationality across the face.

At a dead sprint, the father rushed to the railing. One leap and he plunged several dozen feet into the black sea. Cold water sobered him a bit. One of his arms clutched the bundled blanket to his chest while the other clawed through the water.

As soon as he spotted the lights dotting the sky, the father inhaled. Shock tried to fog his mind, but adrenaline held it at bay. He swam for the writhing dark mass. Lady Luck was kind enough to leave a wooden board in his path. With it, he managed to keep the wailing blankets out of the water.

Who knew how long the father kicked his legs? ‘Days’, stated his sore muscles, while his mind guessed everything from two minutes to eight hours. All he knew was that he had beaten fate when a foot struck loose sand. Staggering to his feet, he stumbled toward the shore.

Air crept down the father’s throat. Panting, he looked to the bundle. Grief slithered into his heart as he observed a nasty, pink scar where the infant’s right eyebrow should be, yet her wailing protest to the cruel world brought a smile to his face.

The father made it several yards up the beach when fate kicked him in the back. Kneeling, the man grasped. Pain echoed through his lungs and chest.

“No… I can’t die now,” he pleaded. “Not now.” He coughed, and blood erupted from his lips. Standing brought back the pain, but the man refused to listen. He turned around and gazed at the ship. Flames engulfed the vessel, yet some portions of it appeared to have burned out. A lonely pyre on the empty black sea.
Splashing alerted the father. He twirled toward the sound and froze. Out from the surf a woman rose, her hand to her throat as she gasped for air.

“Manil,” croaked the man. The woman froze. At a slow pace, he approached her. “Sorry Manil. I’m too weak. Too weak.” When he was right in front of her, he dropped to his knees. He held out the bundle to who he believed to be his wife. “But I protected her… I protected her.”

A harsh round of coughing sprayed blood from the man’s mouth. Droplets colored the woman’s dress. With great care the woman retrieved the bundle. As if a tie had been severed, the man fell to his side and let the surf carve an imprint of his body.

Staring down at the baby, the woman offered a chilled snicker.

“It looks as if the world hates us both.”

She pulled the infant to her breast. At a saunter, she left the beach, the madness of the world forgotten for the time being.

An unique fantasy, packed full of imagination; new races, new creatures, new cultures – this novel is a break-through in fantasy and a breath of fresh air. It’s a funny adventure with fascinating characters.

This was an entertaining read (which is really all I ask of my books). The writing was stylistically good, clever, and clean (as in, well-edited, not referring to parental rating) and the plot kept me interested. There were some laugh out loud moments at the character’s thoughts and dialogue on more than one occasion. I definitely felt a connection to the two main characters, but I didn’t feel much investment in anyone else or the wider world in which the story takes place, which was the main detractor here. The only other negative I have to say is there was a little too much fantasy “jargon” for my taste. Overall, definitely recommended, especially to people into a little higher sci-fi or fantasy.

I enjoyed this novel and I think that it needs a bit more recognition. The author has created an imaginative world filled with a vast array of characters and I look forward to reading the next in the series! There is a lot of promise for this series and I hope more people enjoy it!

I have spent most of life traveling around America and seeing new things. I have no hometown, but who needs one when the world is such an incredible place to be in?

I started writing at thirteen and have kept on going ever since. I graduated from the University of North Dakota with a degree in anthropology. I’m still trying to find a way to use it.

I write two thousand words a day to bring life to new worlds; for me, mythology provides plenty of places to find new ideas.

I hope you enjoy my works! 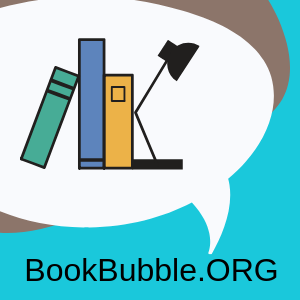