Murder by the Books by HL Carpenter 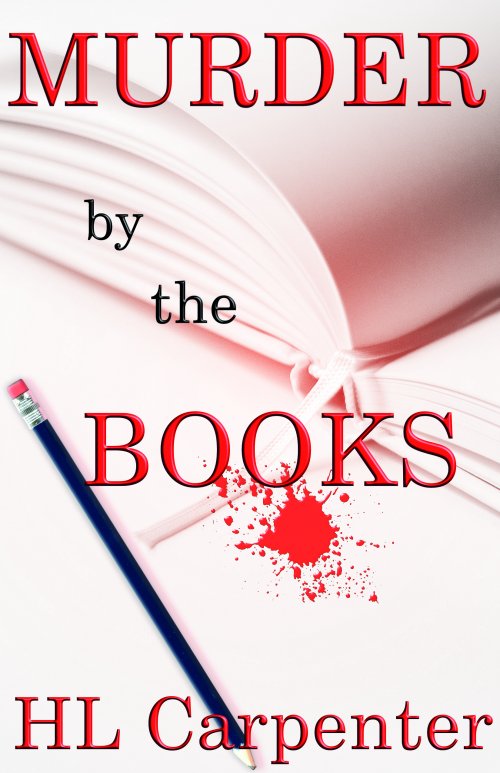 Certified public accountant Fae Childers is not an embezzler, despite the belief of the accounting firm that fires her for stealing. But proving her innocence is harder than convincing an IRS agent to allow a deduction. She’s lost her mother, her job, her fiancé, and her self-respect. She’s running out of money and the lease is about to expire on her apartment.

Then the fortune-telling grandmother Fae never knew existed, whose name and psychic abilities she now learns are also hers, issues a challenge from beyond the grave—a challenge that brings Fae face to face with murder, embezzlement, romance, and a hidden family legacy.

When the mystery of Fae’s past collides with the troubles of her present, the situation veers out of control. Her very life is threatened. Who can she trust? The man she’s falling in love with? The former fiancé who has already betrayed her once? Or only herself?

With justice, romance, and her future at stake, Fae must overcome personal and professional obstacles to save herself and those she loves. And she’s going to have to do it fast, before someone else dies.

Mother/daughter author duo HL Carpenter write family-friendly fiction. The Carpenters write from their studios in Carpenter Country, a magical place that, like their stories, is unreal but not untrue. When they’re not writing, the Carpenters enjoy exploring the Land of What-If and practicing the fine art of Curiosity. Visit HLCarpenter.com to enjoy gift reads and excerpts and to find out what’s happening in Carpenter Country.

The letter arrived on the last Thursday in April, two weeks to the day after I got fired from the accounting firm where I had worked for a decade. August Palmer, my landlord, hand-delivered the letter in person, saying, “The mail carrier stuck this in my box by mistake, Fae.”

I took the envelope without bothering to look at it and glanced past Gus, at the patch of brilliant cloudless blue sky framing his shoulders.

Tampa, Florida on the cusp of summer, full of birdsong and the scent of warming pavement.

“Beautiful morning,” I said, as if I cared.

“Afternoon,” Gus said, his voice a low rumbly growl, the product of too many cigarettes and whiskeys in his happily misspent youth. He stood outside the tiny apartment my mother and I rented from him for the past two years and eyed me. “Still mopin’, girl?”

He had shown up on my doorstep every day since the firing with the same question.

Adhering to our new routine, I answered the same way I always did, except this time I didn’t bother pasting on a fake smile to accompany the words.

“‘Scuse me.” His tone was as dry as the month he was named for. “Forgot you’ve been hidin’ in the apartment, tap dancing with glee.”

I met his gaze. “For hours at a time. Any complaints about the noise?”

He clicked a nicotine pellet against tobacco stained teeth and kept his silence. I regretted my sarcasm. In my forbidden childhood game of describing people in colors, I would have painted Gus early-morning-yellow, the shade of the summer sun before the friendly sheltering coolness of night gave way to the brutal heat of day.

The description would have horrified him.

“How are the treatments going?”

He grunted. “They tell me I ain’t gonna croak this week.”

“Glad to hear it. You might want to keep your distance from me, though. I’m jinxed.”

Gus shook his head. “You gotta get over them fools, girl.”

“That’s no way to talk about my former bosses.” Especially since I looked at the real fool in the mirror each morning. I had believed dedication, loyalty, and hard work were appreciated by the partners of Slezia + Fyne, CPA, PA.

“Yeah?” He was not convinced. “You over the suit too?”

“Sure am.” Once again, I stuck with our new routine and gave him the same answer I always did. “I have moved on.”

Once again, the lie carried the bitter taste of betrayal. The suit was Scott Piper, former co-worker, fiancé, and man of my dreams. The suit dumped me the day I was fired.

Gus snorted. “Funny how much movin’ on resembles standing around feeling sorry for yourself.”

In my opinion, wallowing in self-pity was marginally more mature than throwing a temper tantrum. Even if it hadn’t been, I didn’t have the energy for a tantrum. I barely had the energy to maintain my half of the daily conversation with Gus.

“Have you been watching that big bald guy on television again?”

“Only because I can’t tap dance.”

He was right. In the eight months since my mother’s death, I had slogged through an ever-darkening morass of the malady Gus called moping, and what his favorite celebrity psychologist might consider the early stages of depression. The firing and the accompanying fallout shoved me even closer to the edge of a black abyss.

My moping was self-absorbed, given the burdens others faced, but what could I say? One woman’s detour was another’s stop sign.

“You ought to call your girl pal, that one you worked with. What’s her name? Sarah? Have you heard from her?”

No. And I didn’t want to hear from her, much less call her.

I shook my head.

“Your ma would have been annoyed with you.”

A lump in my throat closed off my voice and I could only nod. He was right about that too. My irrepressible mother believed in taking the positive approach to life. To her, saying negative words or thinking negative thoughts was the same as asking them to come true. She had little patience for pity parties.

Focus on your strengths, Fae, and always keep moving.

My ability to follow her advice vanished with her death. I was slowly turning into the type of recluse the Japanese call hikikomori. Even the simple task of cleaning out Mom’s bedroom was beyond me.

“So? You gonna open the letter?” Gus asked.

I turned over the envelope in my hand.

Heavy, officious, dirty white, and mildly threatening, the envelope shrieked of the intimidation perfected by lawyers and the Internal Revenue Service and jolted me right out of my apathy. My breath hitched in my throat.

Had Gary Slezia and Richard Fyne gone back on their word? Had they decided to forego their distaste for publicity and press charges against me?